If you want to tell a story, you need it to sound good. Let me help you!

From composing to networking, if it makes noise, I can help you 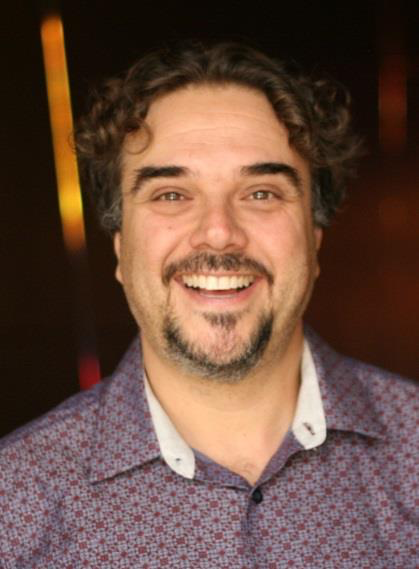 I have been making noise my entire life, and doing it professionally since 1994. I have designed sound in theatres from Broadway to Bogota, and from Syracuse to Singapore.

I am a dedicated mentor, student, and collaborator. I bring a lot of ideas to the table, believing that the best ones will be expanded on by my collaborators to make a whole that’s better than the sum of its parts. I work best when surrounded by others that have the same passion for excellence, creativity, and attention to detail that I do.

I have written music, designed sound effects and sound systems at every scale in theatres around the USA and internationally. My work has been rewarded with a Bay Area Theatre Critics Circle Award and an Austin Critics Table Award. I was nominated for a Helen Hayes Award in Washington D.C., and a New York Innovative Theatre award.

After spending a decade in NYC as a designer and Broadway associate, I spent 5 years running the Sound Design program at CCM at the University of Cincinnati.

In addition to designing sound and teaching, I have presented a session on Ambisonics (360º audio) in Taipei, led sessions at the Broadway Sound Master Classes, and been a keynote speaker at SETC (South East Theatre Conference). I acted as the Sound Design Trustee on the Eastern Regional Board of IATSE USA-829 for 6 years, and served on the negotiating committee for the Broadway and LORT contracts.

Since relocating to Los Angeles in the summer of 2018, I have designed an episodic podcast for Shudder/ AMC, acted as an AV Supervisor at Universal Studios Hollywood, and been a Pro Audio Systems Sales Manager at Harman Professional. I'm very much looking forward to my next adventure!

Creativity - The key to everything
Teamwork - Without it, we're lost
On Budget and On Time - Anything else is unacceptable

A few quotes from reviews of my work