Say you’re doing a big musical like Les Miserables, with 40 actors onstage with mics, and a 25 piece orchestra.  And the largest console you have is a 48 channel Yamaha PM5D.  Do you panic?  Do you give up the ability to have reverbs and playback in order to submix the band into your console?  No you don’t!  You use a Yamaha DM1000 as an orchestra mixer, and use the Stereo A and B faders on the PM5D as MIDI controllers for the DM1000’s Master Fader Groups!

Both mixers’ outputs were fed to a Meyer Galileo to get to the PA.  It acted as a submixer, matrix mixer, and speaker processor.

The issue is that in early Yamaha digital consoles, they were still trying to figure out how they wanted to do things.  So the PM5D faders can only send Continuous Controller messages, while the DM1000’s Master Fader Groups will only respond to System Exclusive messages.  So after a bit of digging and some sniffing of MIDI data, I wrote a MAX patch to do the job.  As far as the mix engineer was concerned, he simply had two additional DCAs that were assigned to the band. 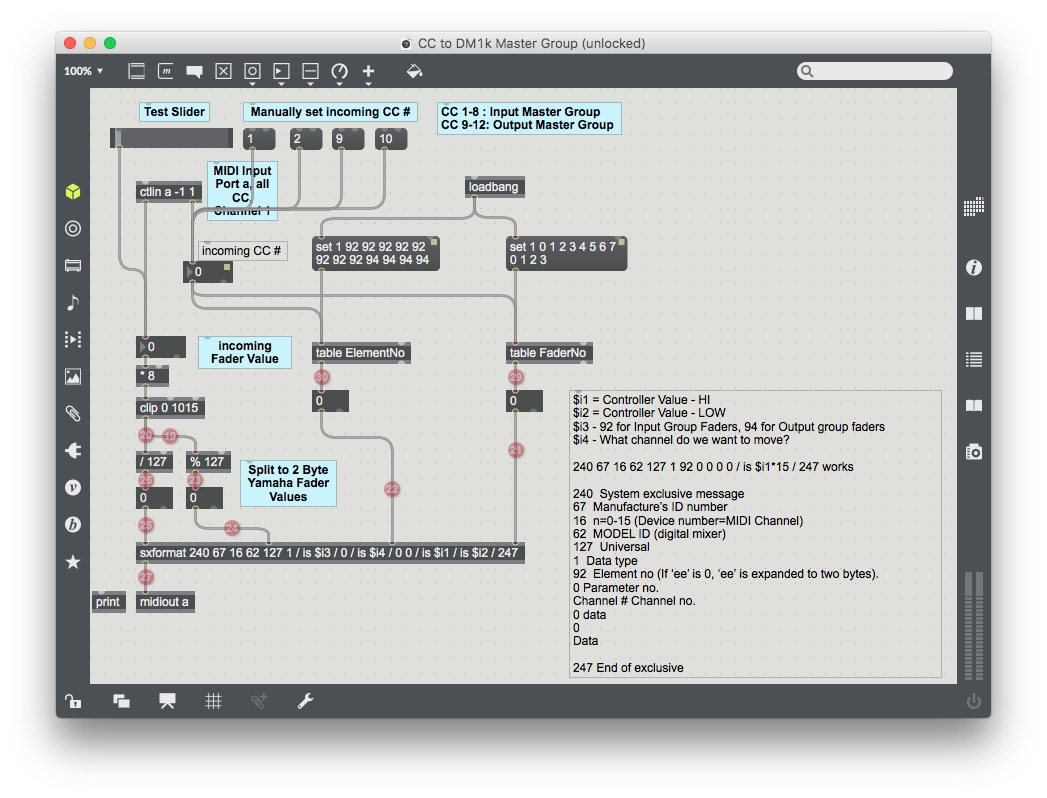